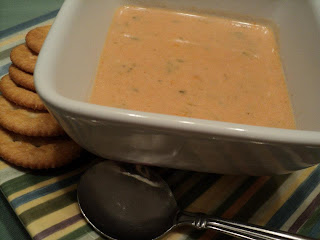 Prepared this DEElicious Shrimp Bisque for my Honey for Valentine surprise. It was supposed to be our appetizer, but as soon as he smelled it cooking, he wanted to eat a bowl while the steaks were marinating! So we had our appetizer standing around the kitchen cooking the rest of the dinner. It really was that good! He has sort of a picky palate - so when he went on and on and on about how wonderful this bisque was and then said it was the best soup I've ever made AND ate LEFTOVEERS of it the next day.... I knew it was a red letter day! I marked it on the calendar that hubby ate leftovers. That alone confirmed to me that he truly did love it! Will be putting this one in the "make often" file!

*I added the Creole and Old bay on my own because we like a little spice and flavor. So this has a little bit of "zing" to it. If you are a weiner about spice, knock the amounts down to 1/2 tsp each.

Place the shrimp shells and seafood stock in a saucepan and simmer for 15 minutes. Strain and reserve the stock. Add enough water to make 3 3/4 cups.
Meanwhile, heat the olive oil in a large pot or Dutch oven. Add the leeks and cook them for 10 minutes over medium-low heat, or until the leeks are tender but not browned. Add the garlic and cook 1 more minute. Add the cayenne pepper and shrimp and cook over medium to low heat for 3 minutes, stirring occasionally. Add the white cooking wine and cook for 3 minutes longer. Transfer the shrimp and leeks to a food processor fitted with a steel blade (I dare you not to sneek a taste of the sauteed shrimp!) and process until coarsely pureed. (The next time I make this, I will leave the shrimp pieces a little bigger).
In the same pot, melt the butter. Add the flour and cook over medium-low heat for 1 minute, stirring with a wooden spoon. Add the half-and-half and cook, stirring with a whisk, until thickened, about 3 minutes. Stir in the pureed shrimp, the stock, tomato paste, salt, and pepper and heat gently until hot but not boiling. Season, to taste, and serve hot. 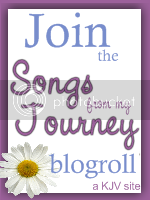